Not just any canine can be a guide dog; it takes 18 months of rigorous training before the dog is allowed to work as a guide for the visually impaired

What you Should Know Before Getting a Guide Dog

A guide dog is one of the best companions that a person with visual impairment can have, as the animal becomes crucial to that person’s ability to move around. Not just any canine can be a guide dog though; it takes 18 months of rigorous training before the dog is allowed to work as a guide for the visually impaired, and that’s only if the animal meets the high standards demanded of the role.

Once the dog passes all these tests, though, it can quickly become a priceless companion for a blind or partially blind human. When on duty, the dog obviously helps the person to get around, but even while relaxing at home, dog and owner can form a strong bond. Also, as a dog can act as a guide for around six or seven years, there is ample time for a lasting relationship to be formed before the dog is left with little option but to retire, usually due to mental or physical fatigue.

Guide dogs will be able to travel nearly anywhere with their handler, but certain areas are completely off-limits, such as zoos and specific hospital wards. When on duty in a public place, a guide dog is obliged to behave responsibly, as unfortunately, some people might take it upon themselves to question the dog’s right to be there.

This infographic from Clippers Ireland explains plenty more about guide dog ownership and outlines the most important things to know before getting a guide dog. 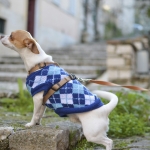 The Main Reasons Your Dog Gets Stressed Next 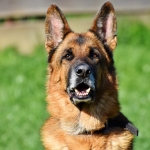