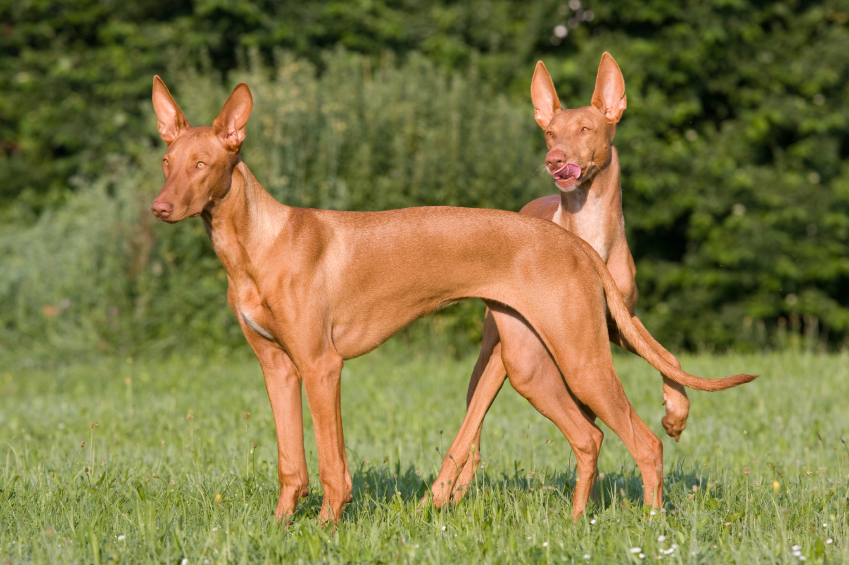 Over the years there have been a lot of speculations and questions about the origin of the Nigerian local dog, some of which were raised when I wrote on the Basenji. While the group’s origin is largely unknown (due to lack of research on our part), there are a few breeds that I can not help but notice share a keen resemblance and possibly common ancestry with the local dog. These breeds are listed below;

The Africanis, also known as the African Hunting Dog is a breed indigenous to Africa, particularly Southern Africa.  It is believed to be of ancient origin, directly descended from hounds and pariah dogs of ancient Africa, introduced into the Nile Valley from the Levant.  The Swahili name for the breed is umbwa wa ki-shenzi meaning common or mongrel or “traditional dog”. The Africanis is medium sized with a slender build, it comes in a variety of colours, with very short, hard and thick coats.

The Africanis is very loyal and courageous with tremendous stamina. It is very playful, intelligent and good with kids. The breed is recognised by the Kennel Union of Southern Africa has a Landrace (emerging breed).

The Pharaoh Hound is one of the oldest domesticated dogs in recorded history. The breed’s exact origin is unknown, but some believe it began in ancient Egypt.  The Pharaoh Hound is independent-minded, highly intelligent, and occasionally stubborn, yet very trainable when positive methods are used.

Numerous Egyptian artifacts and writings show a dog that is probably a direct ancestor of the Pharaoh Hound. The preservation of the breed can be credited to Malta (and Gozo) where it is known to have existed for over 2,000 years. The breed was recognised by the AKC in 1983 and is the national Hound of Malta.

The Azawakh is a sighthound originating from West Africa, particularly from, Algeria, Mali, Niger, and Burkina Faso, they are also bred and owned by other ethnic groups such as the Peulh, Bella, and Hausa. For hundreds of years, this breed has been the companion of the nomads of the southern Sahara, they are named after the Azawakh Valley which spans the region. The Azawakh is a working dog used to hunt small to medium animals and to guard the household. They are relatively uncommon in Europe and North America.

The Azawakh is an excellent training companion for runners and is nearly impervious to heat, it will happily run in weather over 100 degrees Fahrenheit that would kill other dogs. The breed was first recorded in the AKC foundation in 1997 and was recognised by the United Kennel Club on January 1, 1993.

Originating from Central Africa, the Basenji is thought to be one of the world’s oldest breed of dog, dating back to the 4th dynasty (of Eygpt) over 4000 years ago. The Basenji has been used as a hunting and tracking dog since time immemorial and is placed in the hound group, specifically, as a sight hound.

The breed’s most unique characteristic is that it does not bark, this is as a result of its unusually shaped larynx. Although the breed is known to make a variety of sounds (yodelling and howling), it is usually quiet, a trait which gives the basenji the nickname ‘barkless dog’.

Pariah is a term which was initially coined to describe feral or stray medium-sized dogs found inAfrica, India, or southeastern Asia, However, throughout the 20th century, cynologists have been using the term “Pariah” to describe a primitive naturally selected breed of dogs that have the same physical appearance in all parts of the world in which they are found.

While most pariah dogs are free-ranging, not all free-ranging dogs are genetically pariah dogs, they are also not “mongrel” or “mutt,” which means a dog of mixed breed—although most mix-breed dogs are partly pariah. Individual dogs may be stray pets, descended from strays, or from litters abandoned by owners.

What dog breed do you think is most similar to the Nigerian local dog? Please share your opinion in the comments section below.

I could not resist commenting. Exceptionally well written!

I do think the Australian wild dog may as well share similarities with our Nigerian local breed. Your view please.

Hi Festus, in my opinion they appear similar in terms of color and body shape. However, the Australian wild dog has a distinct head shape.

Thank you for this article.

You are most welcome. 🙂

More related to dingo even the names sound alike (bingo.).

None is similar to the rarehunter(local dogs)except the Africanis. Nigerian local breeds are also native breeds but we Nigerians don’t make enough research rather we say the same myth over and over again.

Kudos to wooflinepets for such an adorable article. I am your near competitor resourcesmadeeasy.xyz

Keep up the good work