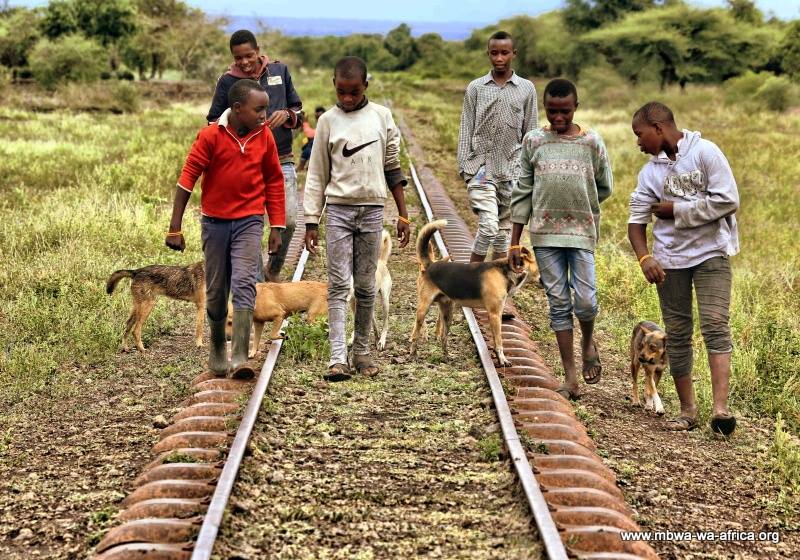 I have always been fascinated with dog breeds that originate from Africa. I have written different articles talking about the Nigerian local dog, breeds that share a close resemblance to it, and so on.

I did a bit of research and decided to write an article that puts together some of the dog breeds that have history and roots in Nigeria and other parts of Africa.

Also known as the South African mastiff originates from Southern Africa, they are/were bred there to defend the homestead against wild animals.

The breed is protective and territorial and is unlikely to back down when provoked, in spite of this, they are also known for being loving, calm, and family-friendly.

Originating from Central Africa, the Basenji is thought to be one of the world’s oldest breed of dogs, dating back to the 4th dynasty (of Eygpt) over 4000 years ago. The Basenji has been used as a hunting and tracking dog since time immemorial and is placed in the hound group, specifically, as a sighthound.

The breed’s most unique characteristic is that it does not bark, this is as a result of its unusually shaped larynx. Although the breed is known to make a variety of sounds (yodeling and howling), it is usually quiet, a trait that gives the basenji the nickname ‘barkless dog’.

The Cotons de Tulear, named after the seaport town of Tulear, was once the preferred lapdog of the nobles of Madagascar. The Coton lived in its splendid isolation until the 1960s, when French tourists discovered the breed and took it to Europe. It is the official dog of Madagascar.

Cotons are known for their white coat that is as soft as cotton. Their primary job is to provide amusement, comfort, and companionship.

In my opinion, the Rhodesian Ridgeback shares a slight resemblance to the South African Mastiff in terms of its muscular frame and color.

Pariah is a term which was initially coined to describe feral or stray medium-sized dogs found in Africa, India, or southeastern Asia, However, throughout the 20th century, cynologists have been using the term “Pariah” to describe a primitive naturally selected breed of dogs that have the same physical appearance in all parts of the world in which they are found.

While most pariah dogs are free-ranging, not all free-ranging dogs are genetically pariah dogs, they are also not “mongrel” or “mutt,” which means a dog of mixed breed—although most mix-breed dogs are partly pariah. Individual dogs may be stray pets, descended from strays, or from litters abandoned by owners.

The Africanis, also known as the African Hunting Dog is a breed indigenous to Africa, particularly Southern Africa.  It is believed to be of ancient origin, directly descended from hounds and pariah dogs of ancient Africa, introduced into the Nile Valley from the Levant.  The Swahili name for the breed is umbwa wa ki-shenzi meaning common or mongrel or “traditional dog”. The Africanis is medium-sized with a slender build, it comes in a variety of colours, with very short, hard and thick coats.

The Africanis is very loyal and courageous with tremendous stamina. It is very playful, intelligent and good with kids. The breed is recognised by the Kennel Union of Southern Africa has a Landrace (emerging breed).

The Azawakh is a sighthound originating from West Africa, particularly from, Algeria, Mali, Niger, and Burkina Faso, they are also bred and owned by other ethnic groups such as the Peulh, Bella, and Hausa. For hundreds of years, this breed has been the companion of the nomads of the southern Sahara, they are named after the Azawakh Valley which spans the region. The Azawakh is a working dog used to hunt small to medium animals and to guard the household. They are relatively uncommon in Europe and North America.

The Azawakh is an excellent training companion for runners and is nearly impervious to heat, it will happily run in weather over 100 degrees Fahrenheit that would kill other dogs. The breed was first recorded in the AKC foundation in 1997 and was recognised by the United Kennel Club on January 1, 1993.

The AKC describes this breed as reserved, graceful, and noble. The Sloughi, sometimes known as the Arabian Greyhound, has an unknown origin although it’s believed to have developed from certain parts of Northern Africa (Morocco, Libya, Tunisia, and Algeria). The Arabian Greyhound has existed since before the middle ages.

In terms of appearance, the Sloughi is medium-sized with a short-coated. As an African sighthound, it was used to hunt wild game, such as desert hare, gazelles, foxes, and jackals. It also protected the house and livestock of its owner.
This breed is affectionate, gentle, and very closely knit to its owners. The Sloughi’s closest relative is the Azawakh, which is apparent in the breed’s appearance.

If you know any other dog breed of African descent not listed here, do share in the comments 😉

Woofline Pets Community allows you to connect with pet lovers across Nigeria. Click HERE to join our community.

A Special Weekend With Dog Lovers: The Lagos Dog Carnival 2019 Next