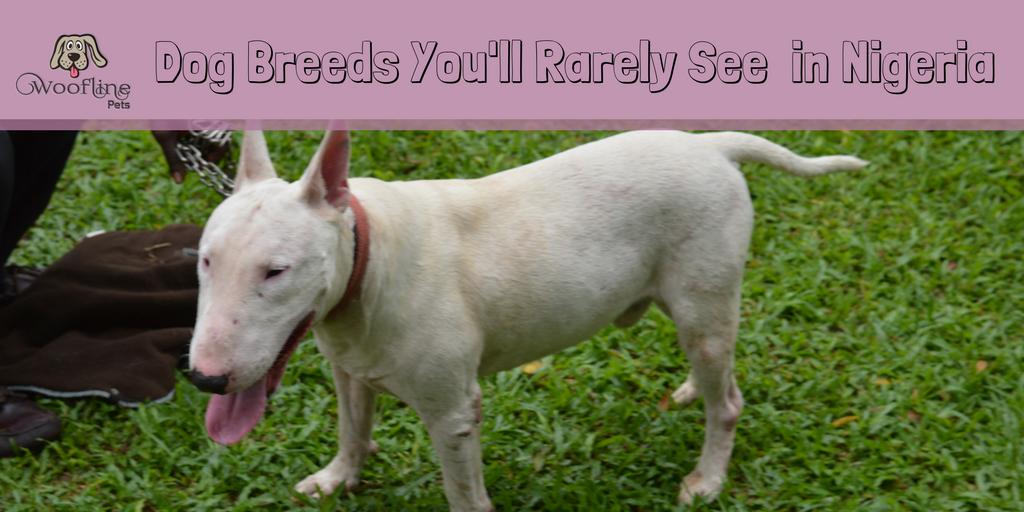 One of the major benefits of having Nigerian breeders come together to pull off dog shows and events is the opportunity it creates for dog enthusiasts to see different dog breeds that are available here in the country. Living in Nigeria one is likely to have friends or family who only have common breeds like the Lhasa Apso, Rottie, Boerboel, German Shephard or the local dog. Fortunately, I have had the pleasure to see a couple of rare breeds while attending some dog events in Lagos. Some of these breeds are listed below:

Popularly Known for being the most expensive dog breed in the world, the Tibetan Mastiff is a rare breed generally and a pure Tibetan Mastiff is difficult to find. The breed is massive in size with a thick mane. They make great guard dogs and are highly protective of family and property. The true origin of the breed is unknown but the dog’s history is rooted in Tibet and some other parts of Asia

I remember seeing this breed in the Lagos Dog Walk 2016 organized by Prodeegee Paws Nigeria and thinking it looked much smaller than it appears in pictures and movies. Little is known of the origin of the Dalmatian. In 19th century Europe, they were used as coach dogs riding alongside horse-drawn trucks and hacks. One fact you might not know about the Dalmatian is that puppies are born without the popular black spots.

The great Dane was developed in Germany where it was used for hunting and guard work. The breed was chosen as Germany’s national dog in 1876. According to the AKC the Great Dane is one of the most elegant and distinguished of the giant breeds. The record for the tallest dog ever is held a Great Dane called Zeus.

When I saw the Russian Terrier at the Lekki- Ikoyi Dog Walk last year, I initially thought it was the Komondor until I was told the correct breed type. They are working dogs and make great companions. The breed has a non-shedding waterproof coat, which I consider a plus. In the early 20th century the breed faced extinction.

As the name implies the Bull Terrier is part Bulldog and part Terrier. They were developed in 19th century England for dog fighting (which is now illegal). They are medium sized and muscular, and can easily be identified by their egg shaped heads and triangular eyes. They are an energetic and active breed, which means they need to be kept busy and regularly exercised.

Dog shows in Nigeria usually happen in the last half of the year, hopefully, we get to see some more awesome breeds. Subscribe to get notified of dog events taking place around the country.

But that’s a dalmatian puppy! They get bigger than that. And they are so beatiful.

Hi, do you know of any black Russian terrier puppy seller. I will like to contact a seller to purchase a puppy.

Hello ??, you may find someone who has them within our community. You can post your register and join the ‘Find a Good Pet’ Group or post your question on the Activity page here